As Good as It Gets

Any notion of the season winding down –with Esa-Pekka departed and nothing to sing about except another creaky old Traviata across the street – needs a couple of weeks’ postponement, as it happens. Two of our best homegrown series ended their seasons last week in respective blazes of glory, and meanwhile, over at Disney, there was someone new on the podium, both adorable and terrific, if you can wrap your imaginations around  that combo.
Mark Robson’s program, to end the high-adventure  Piano Spheres series at Zipper Hall, was the customary Robson caprice: some of this, some of that, and a demand on your own fantasy to figure out how the whole program might come together. I like that about Robson: that he can find his own way to link the earnestness of early-atonal Schoenberg (the Opus 23 Piano Pieces) with the flip arrogance of the purposive emptiness of a Mauricio Kagel show-off number, or yet the emptyheaded note-spinning of yet another Patricio da Silva escapade, no better than his last time in the series. Yet Robson, with his fine sense of  program balance, brought the evening to its senses with a clutch of György Ligeti 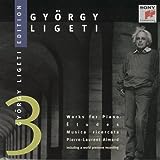 Etudes, that cherishable series of pianistic outlooks that anchor that great composer’s artistic heritage. Small, sweet and charmingly unimportant bits by Morton Feldman and Charles Ives, and the second chance in a week (after last week’s Calder Quartet concert) to sample the work of the sound-and-silence experimentalist Beat Furrer, rounded out a program that must have been an enjoyable pastime for Robson to put together, and turned out that way for me as well.

MOM’S THE WORD: Xian  Zhang, that small fireball of a very big conducting talent, delighted us all at the Bowl back in September, 2006, and returned to the Philharmonic on Mothers’ Day  to reaffirm that delight, indoors at Disney.  Her program was all about bravado: the ingratiating swirl of  Chen Yi’s Momentum, the splendid nose-thumbing all the way through Prokofiev’s Third Piano Concerto, John Adams’s Chairman dancing his galloping gazoo and the amazing, hard-edged, slashing violence of Bartók’s early 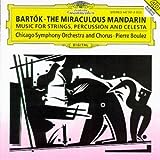 Miraculous Mandarin. Yefim Bronfman had come along to devour the Prokofiev whole, which he accomplished most heartily, and then dedicated his encore – Chopin’s “Revolutionary” Etude in a fearsome reading – to “all mothers.” A message? Let’s not go there quite yet.

THE SPIRIT TRIUMPHANT: Someday when the ink supply starts running low, and there’s still enough left for one last tabulation, last Saturday’s Jacaranda concert will rank among the best musical events I will ever want to remember. Ever. It’s not just because of the music; there was no Mozart, after all, and  no Schubert. There were a few truly great performers, but the majority were recruits from local schools – well-trained, to be sure, and basically held to their task by the sense of dedication that enveloped the whole undertaking. The concert drew its excellence from a deeper well, from the depth of musical enthusiasm, tempered with imagination and pure love, that have driven Jacaranda’s guiding spirits – the musician Mark Alan Hilt and the man-of-all-the-arts, spirited amateur (in the best sense of that word), Patrick Scott, since the series was dreamed up and brought to a state of improbable   but tangible deliciousness over the past decade or so.
Their work has inspired their community as their community has inspired their work. That was easy  to sense last weekend, in the size of the crowd that  came so close as never mind to filling, not the concerts’ usual small (and lovely) First Presbyterian Church but the far more spacious Barnum Hall, the adequately monstrous assembly hall of Santa Monica High School. Many of Jacaranda’s professional regulars participated: the marvelous 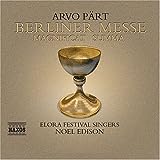 pianist Gloria Cheng, the Denali String Quartet, the several ad hoc gatherings who regularly play and/or sing under the Jacaranda aegis, and a roof-raising gathering, grateful to eye and ear, it proved to be.  From the racketing pounding upon Heaven’s gates by the winds, brass and percussion of the so-named “Jacaranda Festival Orchestra” let loose on 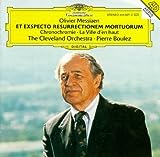 Messiaen’s Expectations of the Resurrection, to the exquisite curlings of silvery choral tone around Arvo Pärt’s Magnificat, to Glorious Gloria’s ascent, girdled by flocks of pianistic birds massed to serenade her at The City on High,  to the much touted finale, the charming, sturdy and expendable piece of national-anthem note-spinning, the long-lost Chant des Déportés that finally brought to earth the two years of “OM Century” with, I must  admit, something of a thud.  Yes, this much awaited pearl of great price, the capstone to the fabulously inventive centenary birthday-party concocted by Jacaranda’s founders, uncorked by a stageful of ardent interpreters numbering  no fewer than185, encored by the acclaim of the stunned multitude, may now be shoved back – one must truly hope —  into history’s sheltering shrouds for at least another century. Yes, it bore the name of a composer worthy of respect; yes it carried the cachet of a historical event of sorts; yes it enabled its presenters to go romping around proclaiming “premiere” and “first time”; yes it enabled those 185 prideful people – most of them young, all of them beautiful —  to assemble on that stage and yell and hack their way through its four meager minutes of musical substance. Now we move on.